Short answer: there isn’t one. Snow rails are a form of snow guard. But they’re a specific type of snow guard suited for a certain situation, so it’s worth going into a long answer about what snow rails systems are and what sets them apart from their snow guard brethren. 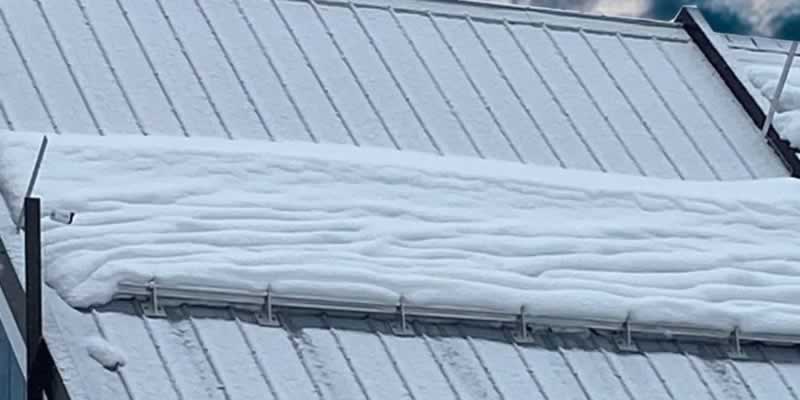 When to Use Snow Rails Systems for your Roof

As a piece of hardware that remains on your roof year-round, you won’t have to worry about installing your snow rails systems annually. The only time you’ll need to change them out is in the event of damage to the units themselves or if it’s necessary when your roof is undergoing maintenance. Snow rails systems are specifically designed for standing seam metal roofs, so they’re usually found protecting warehouses, shops, and barndominiums. With the rise of the barndominium in popularity, snow rails systems are increasingly popular among homeowners. Since metal roofs are well-known for their tendency to compact snow drifts into dangerous avalanches, any homeowner with a standing seam metal roof must install snow rails systems before the first snowfall. Installing snow rails systems will protect their roof and the people who might be walking underneath it. Also, contrary to popular belief, individuals should not just use snow rails systems at doorways and walkways. Engineers specifically design layouts to optimize your snow rails systems’ efficiency with your particular roof. Usually, these layouts take into account the entirety of your roof to ensure safety as a top priority for everyone concerned. Damaging snow drifts from metal roofs are not problems you should take lightly. Make sure you’re prepared before winter hits. 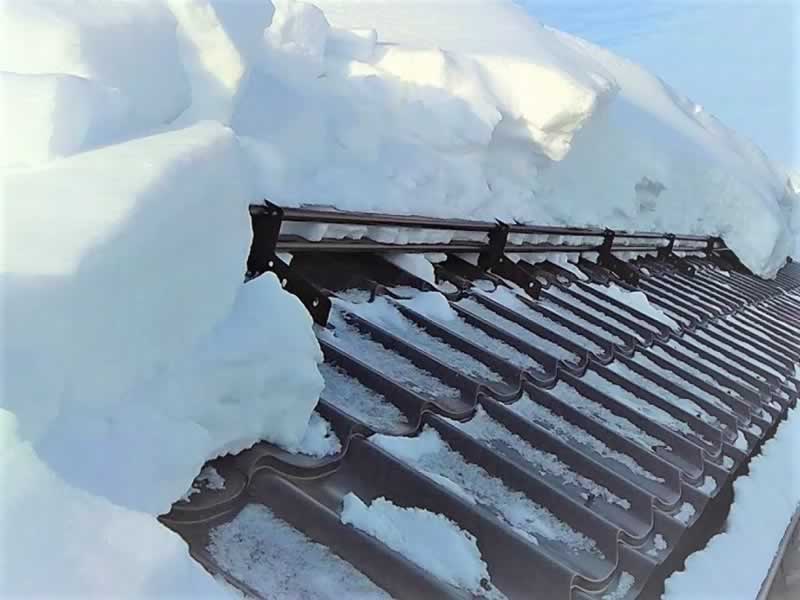 The History of Snow Rails Systems

Snow retention began, of course, in Scandinavian communities. With the heavy snowfall their environment provided, ancient Scandinavian homeowners suffered from cave-ins and dangerous drifts along their sturdy village roofs. Early attempts at snow retention looked like stones and logs set as snow fences to break up the drifts with much the same mentality that we use for snow retention today. Whether traditional Scandinavian sod roofs or thatched eaves, these homes must have looked comical with big boulders and logs strapped on top. Still, they did the job, and in this historical example, we see what snow retention is all about: breaking up the snow so it can melt or slide off the roof without causing any damage. Humanity has known that snow retention is necessary for centuries. Although we’ve changed drastically in how we handle snow retention procedures, the mentality behind any snow rails systems stays true to what the Scandinavian communities were thinking when they piled rocks on top of their green sod roofs. Allowing snow to melt in manageable portions was the goal for ancient Scandinavians, it was the goal of European countries, who began using snow retention systems long before Americans, and it was the goal of Americans who rushed to patent various snow retention devices during the twentieth century as American roofers finally caught on. We’ve all been looking for the same solutions. Our boulders and logs are just a little more refined today.

Snow guards get the job done no matter what the style, but choosing the right style for your roof can make the difference between a good experience and a great one. Here are some of the differences between snow rails systems and snow brackets.

While snow brackets can be used on metal roofs as well, snow rails systems are specifically designed to work with a standing seam metal roof, which is one of the most common metal roof types used to construct a residential building.

It’s in the name. The main difference between snow rails systems and snow brackets is that snow rails systems are long, pipe-like structures designed to cordon off segments of snow on your roof to encourage melting. They span a long area and are built to be sturdy despite their length and thickness.

Snow brackets are incredibly versatile snow guards. They’re able to connect to any roof and are commonly used on shingle, tile, and metal surfaces to provide protection against the snow.

Since snow brackets are simply small brackets that clamp to your roof, they’re not going to do much good unless you have a system in place. That system is best found in a manufacturer installation guide. When used in conjunction with the right formation and installation procedure, snow brackets are an incredibly effective tool against compacting snow and potential avalanches.